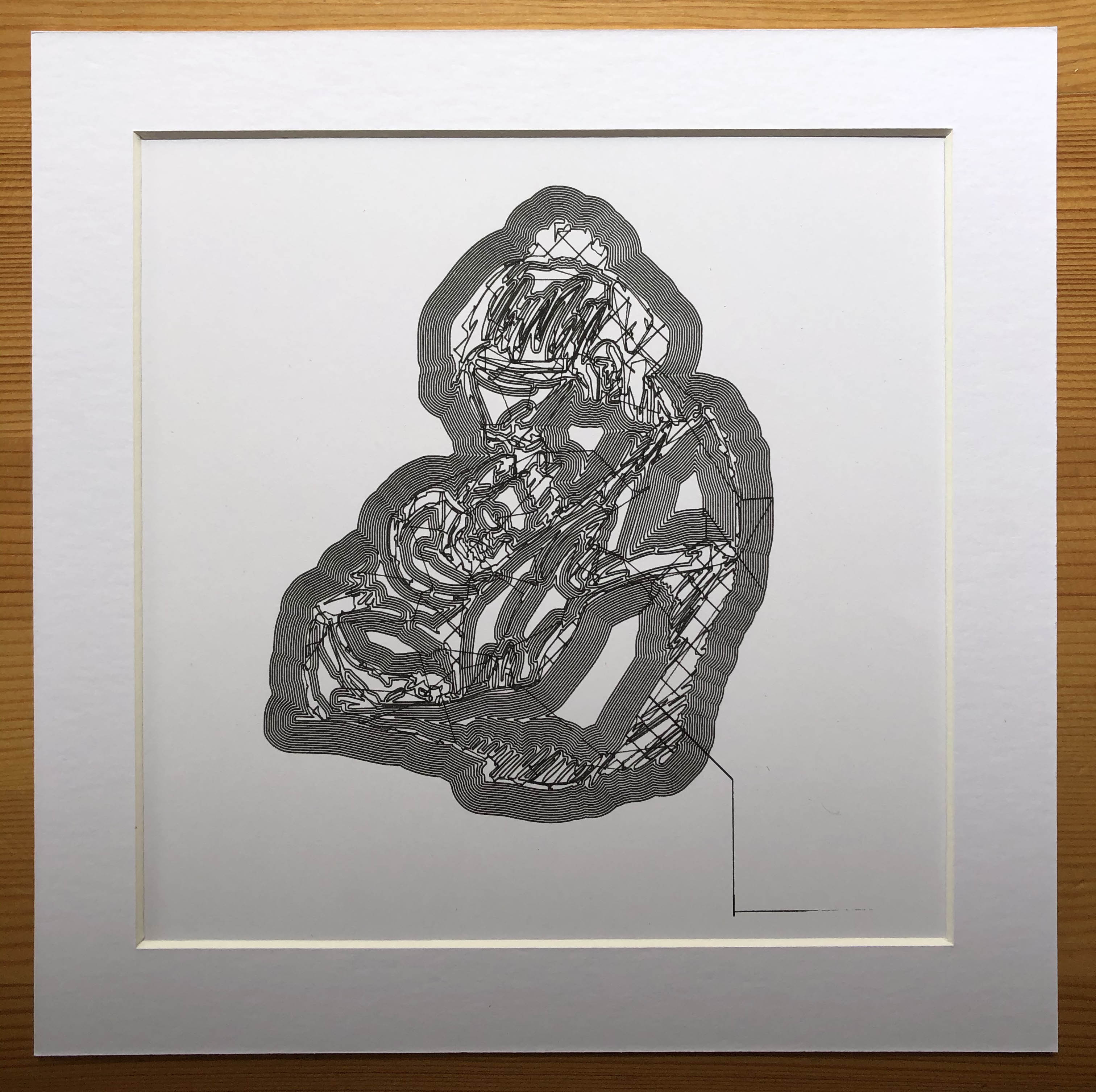 This drawing is from a series that considers the role of automatically generated guides, supports and other material that are intended to aid the making process – the temporary creations which support creative processes but which are rarely considered at great length beyond their originally intended purpose.

A repurposed 3D printer has been used to reinvent the support material generated by 3D slicer software as drawings and images in their own right. In doing so it suggests how the transition from digital proposition to analogue realisation often traverses a line between certainty and fragility.